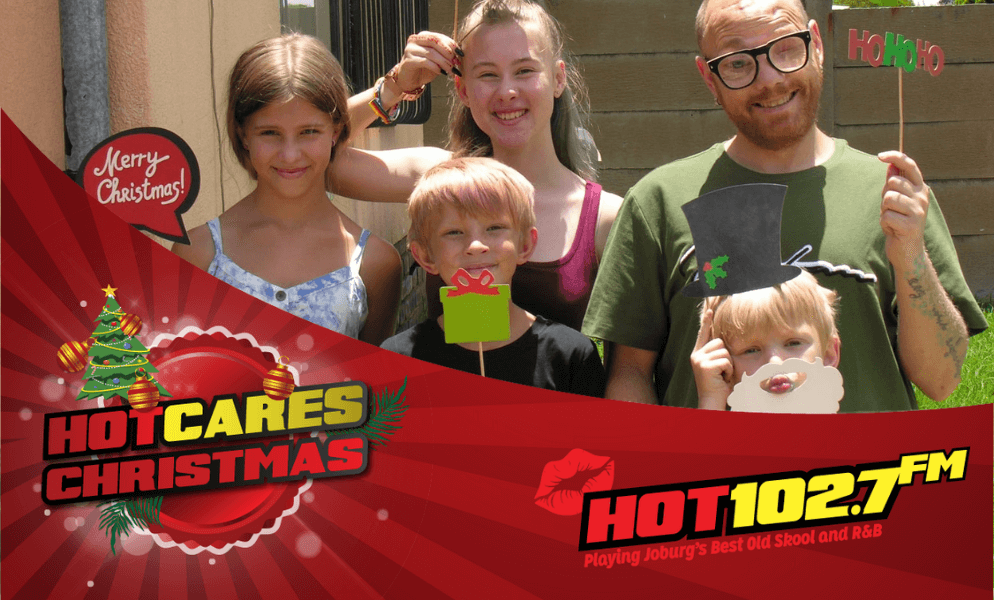 Many of us have an inspirational sibling we look up to and that’s the case with Maree Doherty.

It’s her older brother Dominique Beech and she got in touch with the Hot Cares Christmas team to tell his story and make a plea for his dream to come true this festive season.

“Imagine not being able to see your children’s faces properly anymore,” says Maree. “The fear of not seeing them on their wedding day or being able to actually see your future grandkids. This is a real everyday situation for my brother.”

A little over 12 years ago Dominique was involved in a near-fatal car crash, changing his life forever.

“We were called to the hospital to say our goodbyes,” says Maree. “This was the day we were supposed to let him go and learn to live without him, but my brother and God had other ideas.”

Unfortunately, Dominique lost his right eye and severely damaged his left, to the extent that he is now legally blind. He also lost his sense of smell and taste, with his hearing also affected.

What followed was countless hospital visits and operations, with Dominique eventually coming through to build a life for himself. He went on to get married and have four kids, who he dotes on.

“The strength and determination of my brother still amazes me today,” says Maree.

But, the last two years have been particularly tough on Dominique and his injuries have only intensified over the years.

“It’s slowly broken him, but also made him stronger,” says Maree. “He is so determined to push and be someone, and he wants to provide for his kids and be the dad who is able to do things for them. He loves his kids with everything in him and my brother’s wish is to be able to say that he has done it and made a life for him and his kids.”

Dominique’s dream is to take his kids to Gold Reef City for the day, “just so they can be kids and not have to worry about the future for a day.”

So, what could the Hot Cares Christmas team do to help?

Well, we shared Dominique’s story with our friends at Gold Reef City, asked if they would help make his dream come true, and they’ve delivered!

Gold Reef City will be providing the following:

On top of that, Hot Cares will be covering all meals and beverages.

If you would like to nominate a worthy recipient for the Hot Cares Christmas, get in touch with Hot Cares at hotcareschristmas@hot1027.co.za.