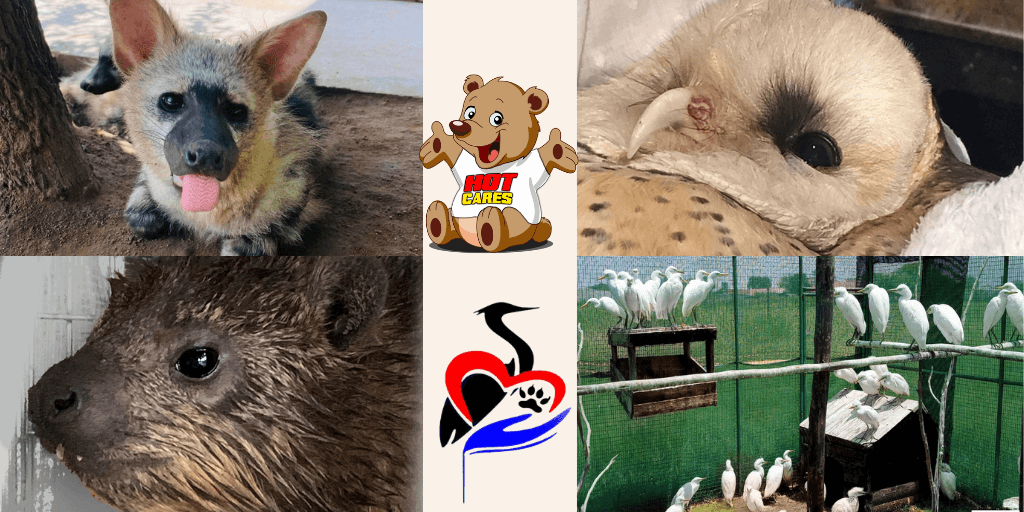 The South African Wildlife Rehabilitation Centre is a non-profit organisation based just outside Springs and it does such fantastic work helping indigenous animals in Gauteng.

That’s why Hot Cares is pleased to get behind this organisation and encourage others to support their efforts.

The SA Wildlife Rehabilitation Centre is one of only three wildlife rehabilitation centres in Gauteng and is fully permitted to work with and treat indigenous animals. It is governed and authorized by the Gauteng Department of Agriculture and Rural Development (GDARD), and its specialized permits allow it to take in indigenous wildlife, including threatened and protected species.

“On average, we take in 6000 to 7000 cases a year, with the aim of rehabilitating and releasing wildlife back into sustainable, safe, natural areas, where they will have the best chance of going on to complete the natural cycle of a free life,” says Founder and CEO, Judy Davidson. “Injuries range from cat victims to road impacts, poisoning, and animals injured by fire or an electric/razor wire fence, through to natural territorial conflicts and sickness. We also deal with cases resulting from extreme weather conditions and environmental disasters.”

The SA Wildlife Rehabilitation Centre is able to call on the services of experienced vets and takes in animals from all over the province.

“There are still many of our smaller mammals found living in human settlements and we often get Spotted Genets, servals, mongooses, otters, rock hyraxes (dassies) and jackals brought in for help,” says Judy. “We’ve even had pangolins and recently took in a sub-adult leopard!”

The clinic works closely with GDARD inspectors, who frequently confiscate wildlife kept illegally by members of the public. These animals are brought in and remain in their care until there’s a resolution and the animal can be placed in a suitable environment.

Most of these cases, along with the orphans that are hand-reared, and even some long-term injury cases, are eventually released using a “soft” or “slow” release method.

The rehabilitation centre relies on corporate sponsors and donations to sustain itself, as the running costs to house and feed the animals, and pay a small team of permanent employees, is approximately R45 000 a month.

The SA Wildlife Rehabilitation Centre has a number of items on its ‘wish list’ – all central to ensuring the sustainability of the organisation – and Hot Cares is pleased to be able to help in some small way, purchasing some of these items, to the value of R5000!

If you have a programme you’d like to partner with Hot Cares on, or want to alert us to a particular story, please send an email to info@hotcares.co.za.