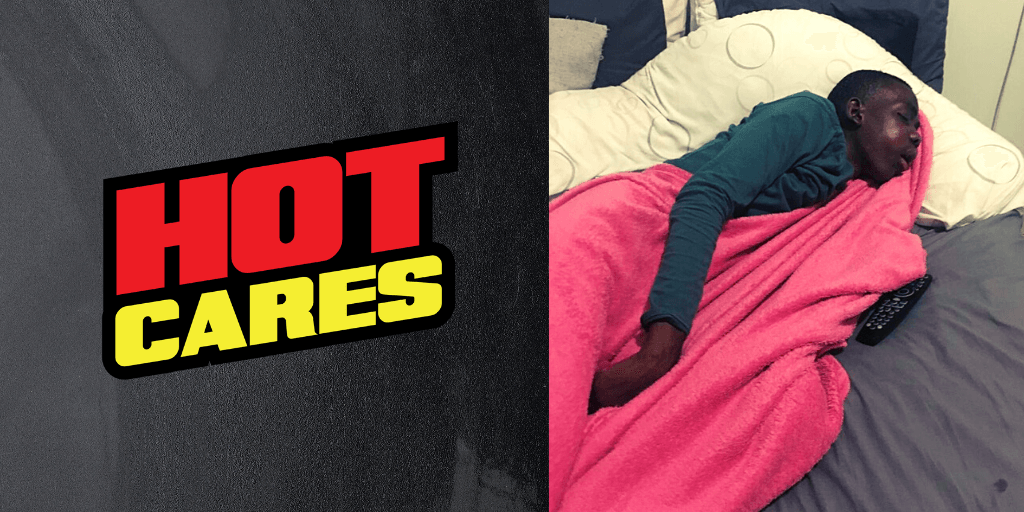 This week, Hot Cares received a letter about the heart-wrenching story of Vusimusi Mubika, a young man of just 19 years of age. Dominique Demetriades reached out and told us of Vusi’s painful, life-threatening struggle.

Dominque writes: “I am a part of a ladies prayer group, and we were made aware of a young man called Vusimusi Mubika who is struggling with a very aggressive squamous cell carcinoma in his mouth. In February 2020, Vusi noticed a very uncomfortable bump growing on his palate. Bothersome but not painful, he was prescribed paracetamol by his local clinic and no further tests were conducted. A few months later when there had been no improvement, he was referred to the district hospital and then turned away as the hospital had no PPE available for their staff. As this thing continued to grow, Vusi was sent to a private doctor and prescribed an antibiotic and an antipsychotic drug. He was then referred to a specialist who diagnosed stage 4 cancer and quoted a further R187 000 to perform the surgery to remove the mass which by then had spread to his ears and neck.”

It was only on the 8th of March that CT’s were done, and metastasis confirmed. Surgery was ruled out due to the size of the tumour which was now preventing him from eating. Every time he tried to chew, he ended up eating a piece of the very vile smelling growth. Vusi is now being supplied with Ensure for him to drink.

Vusi has seen specialists at Charlotte Maxeke, Baragwanath and Steve Biko hospital. He has had 8 teeth removed for radiation treatments which have not materialised as promised. He has only had one session of chemo and is still awaiting his 2nd session, 4 weeks after the appointed date.

Without clear leadership on his case and treatment plan each delay is costly for Vusi’s mother who is a domestic worker, to go up and down to hospitals, only to be turned away; and all while Vusi gets sicker and sicker as the cancer eats up more and more of his mouth, ears, eye socket and neck.

Vusi has in the last week lost the sight in his left eye, hearing in his left ear as well as suffering terrible headaches and pain in his upper spine. This is presumably from a further metastasis.

Tragically, this young man has been failed by the system and time is running out for him, at Hot Cares we know that there is always hope where a community is determined to come together. Mugg & Bean donated R10 000 at the 2020 Hot Teddython and Hot Cares will be paying that donation forward towards Vusi’s costs. Cupcakes of Hope who do so much for the awareness, fund-raising and assistance for childhood cancer got in touch and donated R10 000 towards Vusi’s mounting costs to give him a shot at survival.

If you or anyone you know in the medical profession or beyond is able to assist Vusi and give him a fighting chance, please email info@hotcares.co.za today.